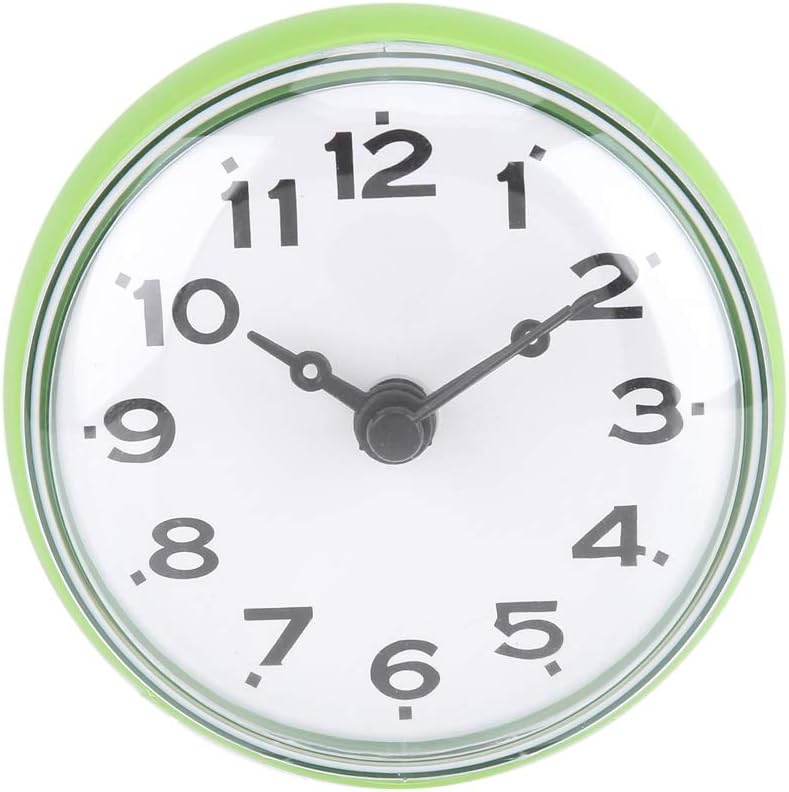 products description:
You can monitor the time in the bathroom or kitchen with this waterproof clock , it is very conveniently during your morning hurry time, then you can arrange your time reasonably to avoid being late to school, work or any appointment. This clock can be attached to the smooth dry surface like the wall of bathroom, mirror, glass, metal very easily and stably with large and strong suction cup.

Features:
Waterproof.Great to monitor the time in the bathroom or kitchen, very convent. The clock can arrange your time reasonably to avoid being late to school, work or any appointment.Â  Its suction cup allows for easy attaching to the bathroom wall, tile or mirror. Traditional pointer type clock, fashionable and popular, great bathroom accessory. This little cute clock can be also act as a decor to the environment.
Spec:
Condition: 100% Brand New
Material: ABS
Color: Red, Blue, Green (optional)

Note:
It's slightly waterproof and can't be thrown directly into the water.