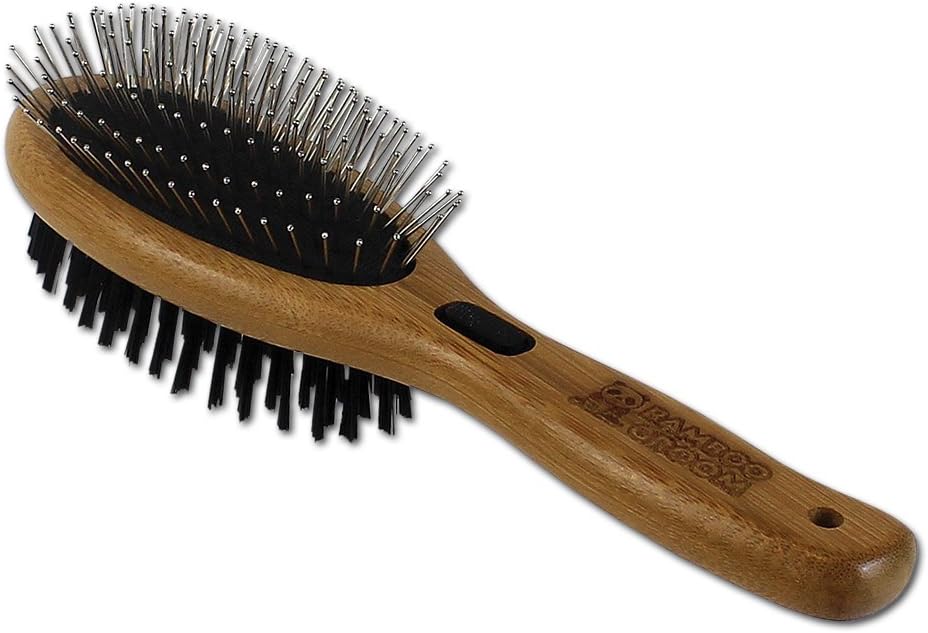 This dual-purpose brush works best on pets with short to medium coats. The rounded pins of the brush gently detangle fur and remove the undercoat. The soft bristles of the brush remove loose hair and debris from the top coat. Using this brush regularly will distribute healthy oils and leave pets with a shiny coat. Our grooming tools are designed to mimic a natural petting sensation, so your pet will feel comfortable and loved throughout their grooming routine.

Gentle On Your Pets

Grooming Tools Made From Bamboo